Sri Lanka is a country that traveler’s fall in love with. It is a very hospitable country and one that you can easily travel in but you might want to know these little tips that will make your visit more memorable.

Visa: Most nationalities who visit Sri Lanka have to get an electronic visa beforehand. This is easily available on their government website and is usually processed right away. An ETA gives you a chance to stay in Sri Lanka for 30 days. Residents from the Maldives, Singapore, and Seychelles are exempt from getting an ETA. The fee varies depending on where you are from but generally speaking, it can cost around $30-35.

Safety: Sri Lanka went through a horrific 25-year civil war, but in spite of that the Sri Lankan people are very calm in nature and virtually very little violent crimes are recorded against foreigners each year. Although having said that, it is still advisable to always be cautious, especially when using public transport late at night. Dengue Fever is slowly becoming a big problem, especially in big cities like Colombo so apply those mosquito repellants liberally.Based on our years of experience of traveling all over the world, we would never leave home without travel insurance. We recommend going with World Nomads mainly because of their extensive activity cover.

Language: Sinhala and Tamil are the two main languages in Sri Lanka. Sinhala is spoken by the large majority (about 70% of the population) while Tamil is spoken mainly in the Northern and Eastern part of the country. While most people spoke conversational English, in some remote places we went to, we had a hard time communicating. However, with that being said, a smile is universal and Sri Lankans would happily help you out through a game of charades is necessary.

Festivals and Celebrations: Due to the fact that Sri Lanka has four major religions, they have a lot of religious festivals and celebrations throughout the year. In a nutshell, the Sinhala-Tamil New Year festival held every April is one of the most important cultural festivals in the country. Apart from that, the Poya Day or Vesak celebrated every May and the Esala festivals in Kandy and Kataragama in August are also a sight to see.

Despite generally being a small country, the weather patterns in Sri Lanka are pretty complex as it always has two monsoons. The low season (May-Aug) is called the Yala monsoon and brings rain to the South and West coast. During this time, places in the North and the East have the best weather but generally speaking, the prices are a lot lower during this period. The shoulder season runs from (April-September) and is generally a good time to visit as the temperatures are not too hot. Peak season runs from (Dec-March) and is when the southern coast is the busiest.

So in a nutshell, the best time to visit the west and south coasts and hill country is from December to March, while the best weather on the east coast is from April/May to September.

Generally speaking, Sri Lanka is a pretty affordable country to travel around in. Transportation and food are ridiculously cheap that often times, a short tuk-tuk ride from the bus stop to your hotel would cost you more than the 4-hour bus you took to get to a place.

A 7-hour train ride can set you back around $1.50 (2nd class tickets) taking you through some of the most scenic parts of the country. The main expense in Sri Lanka would be accommodations, although there are lots to choose from. A good budget would be $25-30 a day (with $30 being pretty generous already). Listed below is a rough breakdown of expenses. Uber is widely used in the main cities for transportation and local transport apps like Fair Taxi and Pick Me are great to use as well.

Food (Typical Meal For One)

Beer in restaurants and bars: $3-4

tuk-tuks: Depends on where you are but generally speaking, tuk-tuks should cost $0.30/KM but this almost never happens unless you are amazing at haggling.

What to Pack for Traveling Sri Lanka

As with most places that you will go to, what to pack will largely depend on what you will be doing in that country. Due to the fact that Sri Lanka is located near the equator, the general climate is warm. However, once you go up to the highlights like Nuwara Eliya Ella or Ella, the climate begins cooling down a bit so taking a light rain jacket with you is definitely advisable. During my last trip there, I had a small hand-carry sized luggage with a few quick-dry t-shirts, one pair of trekking pants, some leggings, and some loose elephant pants. I would also recommend bringing a light sarong to take with you in case you see any temples or places of worship that you would like to visit.

It is also ideal to remember that although Sri Lanka gets a lot of tourists, the people are still fairly conservative. So you have to make sure that you cover up and that you don’t offend anybody. For a more detailed account of what to bring, check out our Asia Packing list guide. After spending almost 3 years traveling around this region, we’ve got the packing business pat down.

What to Eat In Sri Lanka

Given its large Indian influence, there are a lot of similar food staples. However, unlike the typical Indian curries, Sri Lanka offers its own rendition of this popular food staple. While we were there, during long bus and train rides, I gorged on so many local snacks that I don’t even know where to begin to describe my top recommendations on what to eat in Sri Lanka. From samosas to kottu, Sri Lankan food was a cuisine that I pleasantly enjoyed.

Sri Lankan Fish Curry: Unlike traditional curries, the Sri Lankan fish curry isn’t made with coconut milk. Instead, it has a mild sour taste making it an unusual yet delicious meal. When you order this, it usually is served with heaps of other vegetable side dishes and rice. We knocked on a local’s house and asked them to show us how to make this particular dish (alongside with a few other Sri Lankan staples) and got to see first hand how they made it. It really can’t get better than that!

Appa: Similar to pancake batter, Sri Lankans ladle it to a wok and swirl it around, making it either a sweet or savory dish. You can order it plain, or with an egg in the middle. The egg hoppers are then served with a spicy sambal sauce to add flavor and is usually eaten with a side of daal curry.

Pol Roti and Daal: Made from coconut flour, pol roti is usually served as a side snack all times of the day and can be eaten with almost anything. For breakfast, it is served with a small plate of daal as a dipping sauce or in more Western places, with some jam and butter. For lunch or dinner, it is served with some sambal, dhal, or other types of curry dishes.

Kottu Rotti: kottu is made up of shredded roti and is fried with lots of vegetables or meat and is the closest thing you will get to a friend noodle or vegetable dish. It is absolutely delicious and is one of my favorite dishes in Sri Lanka.

We will be adding more Sri Lanka travel tips in the near future. 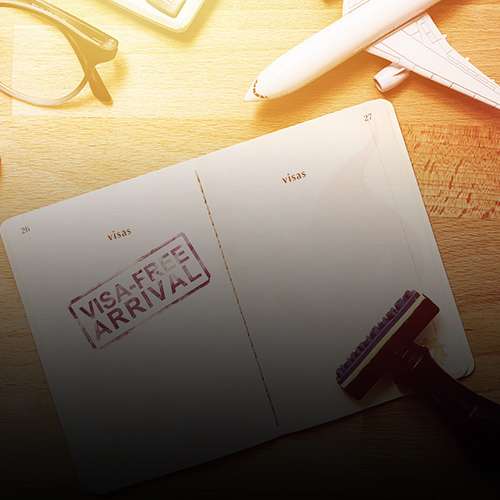 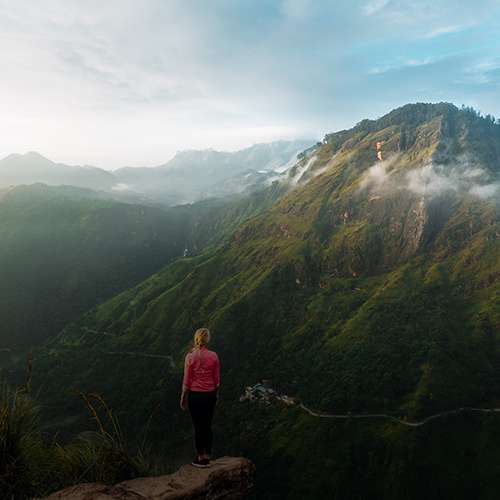 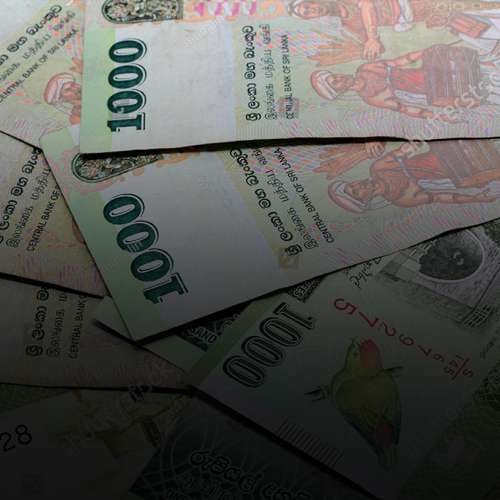 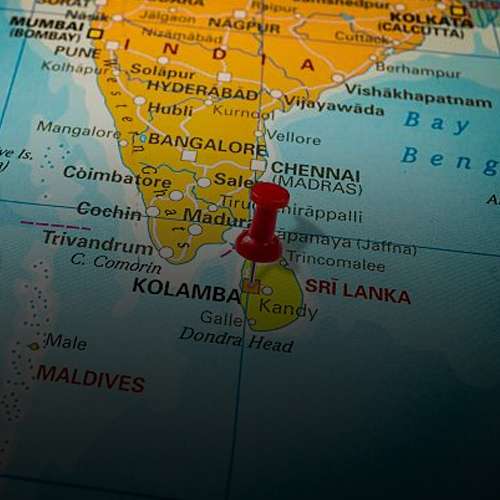 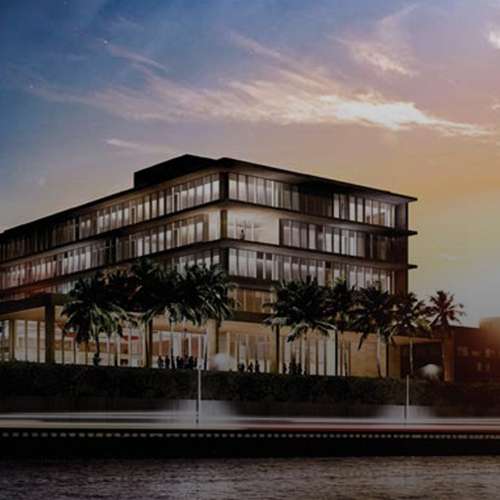 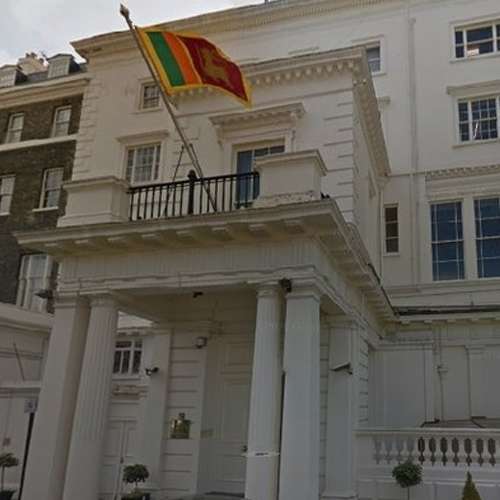 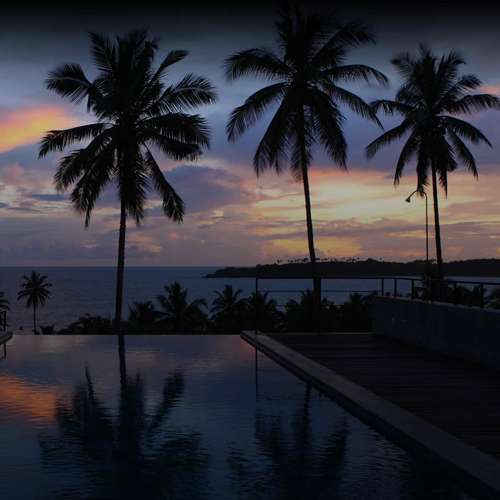 The Island at a Glance

PROUD OF OUR RATINGS & TESTIMONIAL

The Sri Lanka beaches are well known for their idyllic looks and beautiful scenery. The Paradise Beaches in Sri Lanka stretch from east to west the beaches vary from long golden ones to the perfect wind and waves.

Find out the best things to do In Unawatuna which is a very popular beach destination in Sri Lanka for a number of decades. With its soft fine sands, it is an amazing beach to lie down on, walk on and enjoy the surf.

Things to Do In Kandy, the capital of the last kingdom of Sri Lanka. Located in the center of Sri Lanka among the misty hills of the central province, and housing the temple of the Tooth Relic, Kandy is a magnet for visitors from all over the world.

Sri Lanka is a country of many wonders and many pleasures. It is not called the paradise island for nothing. There are so many things to do and experience in the country that if you start making a list, you will never be able to finish it. 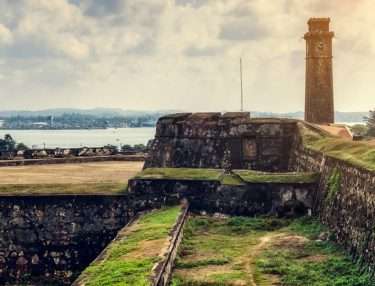 Sri Lanka is a country of many wonders and many pleasures. It is not called the paradise island for nothing. There are so many things to do and experience in the country that if you start making a list, you will never be able to finish it. Things to Do In Kandy, the capital of the last kingdom of Sri Lanka. Located in the center of Sri Lanka among the misty hills of the central province, and housing the temple of the Tooth Relic, Kandy is a magnet for visitors from all over the world. 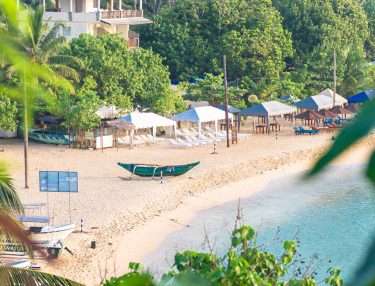 Find out the best things to do In Unawatuna which is a very popular beach destination in Sri Lanka for a number of decades. With its soft fine sands, it is an amazing beach to lie down on, walk on and enjoy the surf.

Read More
GET IN TOUCH WITH OUR DESTINATION SPECIALISTS
AND PLAN YOUR VISIT TO SRI LANKA.
RECEIVE A FREE QUOTE.